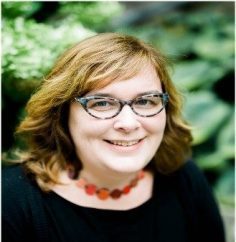 Sara Skrabalak received her B.A. in chemistry from Washington University in St. Louis in 2002 where she conducted research with Professor William Buhro. She then moved to the University of Illinois at Urbana-Champaign, completing her Ph.D. in chemistry in fall of 2006 with the tutelage of Professor Kenneth Suslick. After postdoctoral research at the University of Washington – Seattle with Professors Younan Xia and Xingde Li, she began her independent career in the Chemistry Department at Indiana University – Bloomington in 2008, where she was named the James H. Rudy Professor in 2015.

The Crano Lectures will take place online via Webex or Zoom

Outstanding Junior Chemistry Award Winners will be acknowledged prior to Professor Skrabalak’s lecture.

The importance of molecular structure to molecular function is a central tenet in modern chemistry, with the lock-and-key model of enzyme activation representing a classic example. Likewise, the function of inorganic nanomaterials depends on a number of structural parameters that include crystallite size and shape as well as architecture (e.g., hollow versus solid). To realize the function of such materials, these structural parameters must be precisely controlled and the Skrabalak group is expanding the synthetic toolkit to achieve such advanced nanostructures. This seminar will highlight the use of seed-mediated methods to achieve structurally defined multimetallic nanomaterials. The previously unimagined nanostructures achieved by these methods impart new and enhanced properties for use in chemical sensing applications and catalysis. Ultimately, understanding the relationship between nanostructure form and function will allow this relationship to be inverted to achieve materials by design, where our synthetic toolkit will help to realize this vision and achieve desired nanomaterials on demand

From Honeycombs, Spider Webs, and Snowflakes to Stellated Metals: Symmetry in Nature and Nanomaterials

Nature exhibits its sense of symmetry in the beauty of a flower, the precision of a honeycomb, and the elaborate patterns of snowflakes. Beyond the appeal of symmetrical forms, such structures can impart function. For example, orb spiders weave in a spiral pattern to maximize the strength of their webs and bees construct honeycombs with close packed hexagons to maximize honey storage. Symmetry underpins the structure and function of the world around us and is captured also in modern nanomaterials, where changing the symmetry of a crystal or the internal order of a nanoparticle superlattice can give novel function. This lecture will highlight lessons learned from the formation of snowflakes as they inspire the synthesis of nanoscale materials with similarly high symmetry and complex, hierarchical forms. We will also explore the symmetry dependent properties of nanoscale materials, particularly how light can be manipulated at the nanoscale with metal crystals with defined, yet different, symmetries. These properties and ability are providing new platforms for chemical sensing and secured electronics.